The cookieless era: finding the perfect balance between privacy and data collection

In the 'cookieless era' it’s a lot more difficult to collect data and track website visitors outside your own environment. As a marketer and organisation, you are faced with a choice: how do you balance privacy, security and delivering a customised user experience? 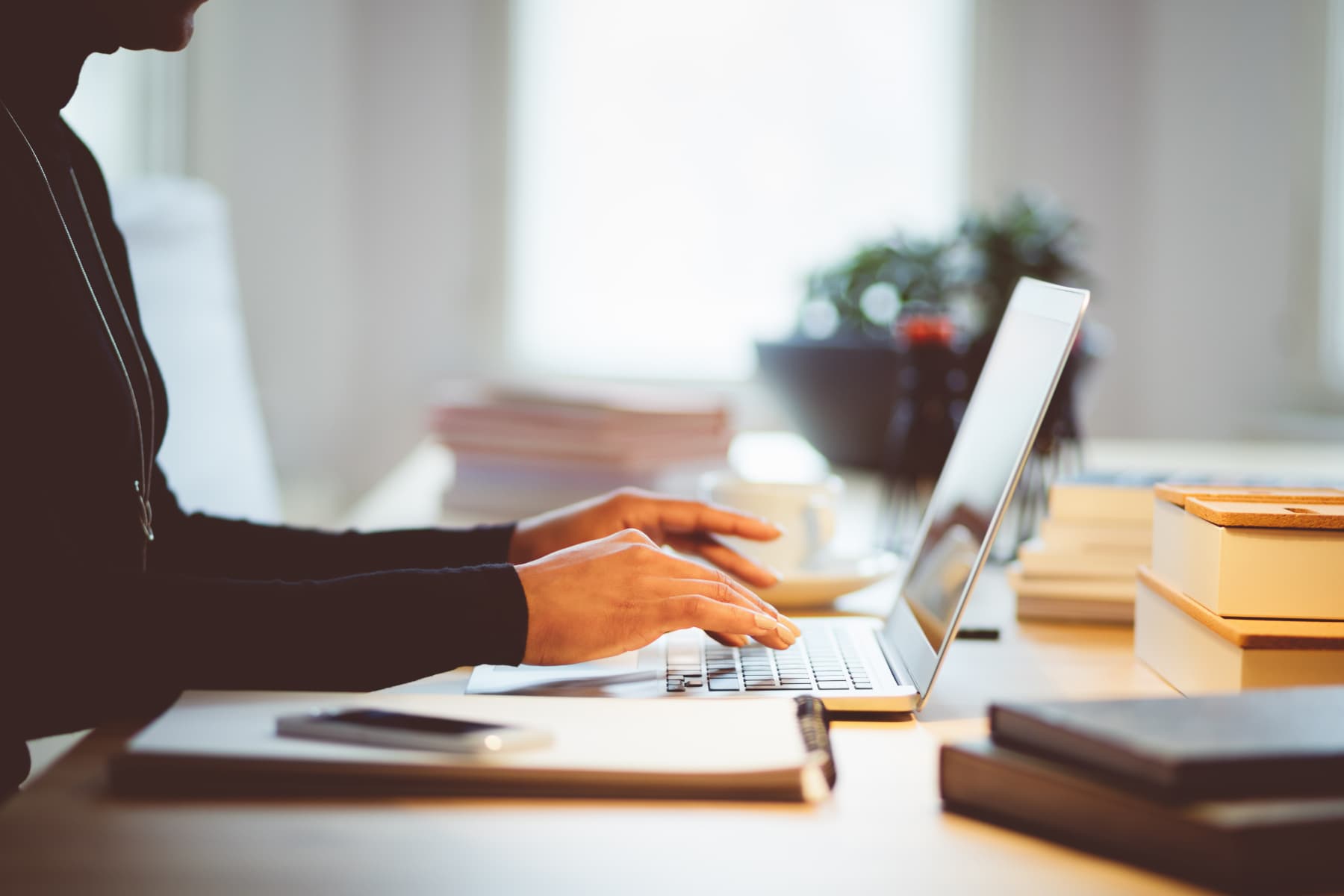 When Google announced in 2020 that the phasing-out of third-party cookies would start with Chrome browsers, it caused a lot of excitement among marketers. And that's not entirely unreasonable. That deadline has been adjusted slightly since then: to 2024, yet this remains interesting for marketers. On one hand they eagerly await a life without cookies, and on the other hand they are hesitant about what the cookieless future might look like.

The landscape of digital advertising will be significantly changed by the ban on third-party cookies. It’s possible that the shift will be such that in 10 years' time we will still be looking back on this milestone. But what impact can we expect from the blocking of third-party cookies? Well, Chrome is the undisputed number one browser, with more than 60% market share. The term 'shift' may well be appropriate.

But: a cookieless era is more than a series of important choices with far-reaching consequences. It also offers opportunities, for the marketer and for the organisation.

Firefox is already one step ahead of the tech giant. Other browsers and even Apple have already provided their answers to the latest developments in the data landscape with ITP. So, what prompted Google to finally take this step?

According to Justin Schuh, Google's Chief Chrome Engineer, Google operates with its users best interests at heart, they say they want "more privacy, transparency, freedom of choice and control over how their data is used and for what purposes."

Another reason that undoubtedly played a role in Google’s decision-making processes was the investigation by the Irish Data Protection Commission (IDPC) into Google's online advertising model. This large-scale study – coupled with growing consumer dissatisfaction with cookies, privacy, and data usage – is indicative of how we look at data more critically today compared to the past.

Third-party cookies, where third parties receive the collected data, have seen their popularity decline over time. For many users this is because of the often-annoying pop-up cookie notifications, but also for marketers, they are less relevant due to the emergence of new digital touchpoints (such as the Internet of Things). Another blow to the long-term survival of cookies is the fact that they cannot identify users in a multi-device world, a deficiency which may well have proved fatal after the shift to mobile by swathes of web users.

Web browsers have not been idle either and that is not good news for cookies. In recent years, browsers have increasingly applied restrictions on the use of third-party cookies to limit tracking by companies, such as private browsing (Opera and tracking protection in Internet Explorer). In addition, other, similar techniques – such as statistical identification and fingerprinting – are actively blocked.

And then there is privacy, a sensitive word when it comes to data. GDPR and the e-Privacy Directive are some examples of legislation that wants to exert more control over data collection and privacy. Both governments and consumers are actively working on the way in which companies collect and use data.

In March, the results of an extensive user survey appeared in the Global Privacy Monitor. The main conclusion? The modern consumer is willing to hand over data, provided that it is clear what happens to that data. Transparency and relevance are key concepts today.

“The modern consumer is willing to hand over data, provided that it is clear what happens to that data.”

Cookieless era or not, it will be more difficult to collect data outside your own environment. As a modern marketer, you are faced with a challenge: how do you find the right balance between respect for privacy and the collection of meaningful, relevant data?

What happens (immediately) after the disappearance of third-party cookies?

Unsurprisingly many analytics-related applications are severely affected as a side effect of the efforts to prevent tracking. Without taking appropriate action, conversion tracking is often limited to a maximum of 24 hours.

If first-party cookies are not set-up on your site correctly, they will be affected by the tracking prevention measures. That means users either won't see their personalised content or multiple A/B test variants will not be visible. The immediate impact of this is that the results from A/B campaigns are a lot less reliable.

Remarketing based on (third-party) cookies is becoming more difficult and will become almost impossible within a couple of years. Only self-identified users can still be targeted with their (hashed) email address on advertising platforms like Facebook and Google.

We have never been more ready for cookieless

Today, the digital world is intertwined with everyday life, coupled with increasing user expectations and standards, not to mention the differences within generations where they diverge even more.

That is precisely why now is the time for marketers to really get in touch with the customer, so that supply and demand can grow even closer together.

Over the past decade, there has been a prominent place in digital marketing for the strategic placement of cookies. With very little effort, we as marketers arrived at impressive amounts of data. Quantity over quality.

"In the cookieless era, there is – first and foremost – room for a new mindset. No (unavoidable) cookies, but a more personal connection with your target group. In short, context becomes key."

With contextual advertising, relevance is back. You advertise based on your own data, collected from the right, relevant visitors.

An important element of contextual advertising is that you are betting on your own content. This means that effective content marketing, inbound/outbound marketing and SEO are crucial because that’s how you ensure that the right visitors find their way to your channels. This means your first-party data gathering is accurate and this is the foundation for the further strengthening of your content.

Collecting first-party data becomes a well-oiled machine over time because you get to know your own target group and can approach them in an informed and targeted way. Central to your success in the cookieless era is building a genuine relationship with your target group – supported by relevant content and advertising in the right context.

Whitepaper ‘Impact of the cookieless future on marketing’

In this whitepaper, we will immerse you in the world of cookies, discuss what exactly is about to happen and how you can prepare your company for it. Enjoy!

Your first steps in cookieless

Time for the transformation to cookieless? Keep the following things in mind.

How dependent are you on third-party data? First, research which 'own' data you have, and which owned media you can use to operate as a first-party.

A cookieless era is more than marketing. Reviewing existing data collection processes is a story of marketing, development, legal and more. An organisation-wide task force, representing different layers and teams, offers you the best chance to seize opportunities in this transformation.

Data – third- or first-party – is a means, not an end. It’s easy to forget, but collecting data is not the end goal for your processes. Data is, and remains an important means of gathering insights for business value, but your starting point is your investigation of human behaviour with data as an asset.

1. Don't wait any longer: Every step is a step forward and even the smallest step is of great value.

2. Trust your own strength: First-party data is the foundation to build on because its valuable and unique.

3. Create a relevant story: Hunt for relevance in all phases of the customer journey, so you turn your customers into ambassadors who are happy to share their data.

4. One truth, full of high-quality content: Content marketing, SEO, and relevant leads? All part of an essential and continuous process.

5. Work iteratively and ambitiously: Experiences guide tomorrow and support iterative thinking. The process is never finished and can only ever be improved and offer you more.

Will your future soon be cookieless and future-proof?

The cookieless era is a leap into the unknown and can sometimes even be frightening. The above tips and advice will help your organisation to navigate its way from third-party data to first-party data, obtained through your own relevant media.

Do you want to learn more about cookieless? Download our whitepaper The impact of cookieless future on marketing to find out more.

Would you like a helping hand and some guidance? Talk to our experts, our marketers and strategists would love to talk to you about the cookieless era.

As a digital veteran, Andries has been pursuing his passion for over 14 years. Today, he is strategically and commercially responsible for a select group of clients and holds prestigious titles like those of trusted advisor, innovative connector and creative, critical thinker. They reflect how he crafts lasting customer relationships – using the right mix of people, resources, knowledge and capacity.