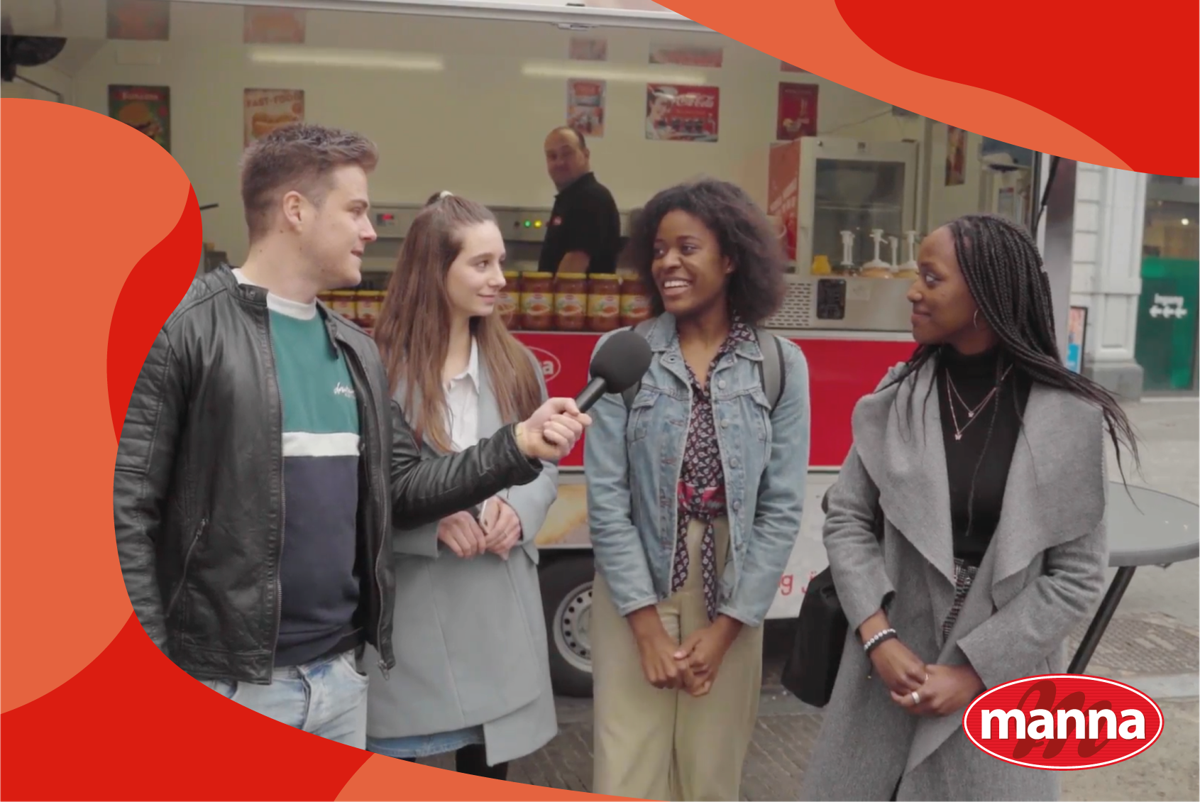 Antwerp, 14 November — High-profile visitors on the streets of Antwerp, where unsuspecting passers-by on the Ossenmarkt; Wilde Zee and Park Spoor Noord had their culinary knowledge tested by Kurkdroog’s influencers – with a knowing wink of course. The well-known pranksters didn’t pull this trick off alone, they were assisted by sauce giant Manna Sauces and creatives from the end-to-end agency iO. And the results? They’re going viral on social media.

"What dish do you think they should ban?" 'Where is the tower of spaghetti?' Why is ketchup red?'  Passers-by of all ages were clearly stunned for an instant by the quick-fire, absurd questions from the Kurkdroog stars Angel and Toon. Just like you would expect from the Kurkdroog brand, the answers were surprising – and rapidly shared on socials like Facebook, Instagram, YouTube, Snapchat and TikTok.

The background for the Kurkdroog quick-fire questions was delivered by Manna – known for their bolognese sauce, mayonnaise, and many other sauces – a food truck to feed the candidates a delicious (vegetarian or otherwise) spaghetti bolognese made with Manna's sauces. The right answer? Then it was time for some food tasting, with sauce on it.

The Kurkdroog public loved the taste of the collaboration with Manna Sauces. In the meantime, iO's digital specialists filmed the entire process. Along with the concept, development, shoot production and post-production, the iO content team was responsible for marketing the videos online.

Anneleen Dewilde , Marketing manager at Manna Sauces, looks back fondly on the Kurkdroog collaboration and their viral social media success.

"The experts at iO captured the chemistry between Manna and Kurkdroog and delivered beautiful content for our online community. Our social media success is proof of that."

Manna Sauces was founded in 1935 and has produced a well-known range of delicious warm and cold sauces ever since. A successful family business with a strong focus on convenience and flexibility. Manna is no stranger to viral success. For example, in 2016, the company was behind the well-known SOS Piet blunder video and the 'hacked' cover versio n of the song 'Waddistjom' by Van Echelpoel.

iO is a growing team of experts, providing end-to-end services for communication and digital transformation. Thinking big, working locally. Based on strategy, creation and content, marketing, and technology, iO works with customers to strengthen their brand, improve digital systems, and deliver future-proof growth.