At iO we use today’s insights to build the organisations of tomorrow. Lander Janssens and Kristof Bossuyt report on their visit to Web Summit 2022. They explain what tokenisation and data interoperability mean — and why organisations should switch their focus to it now. 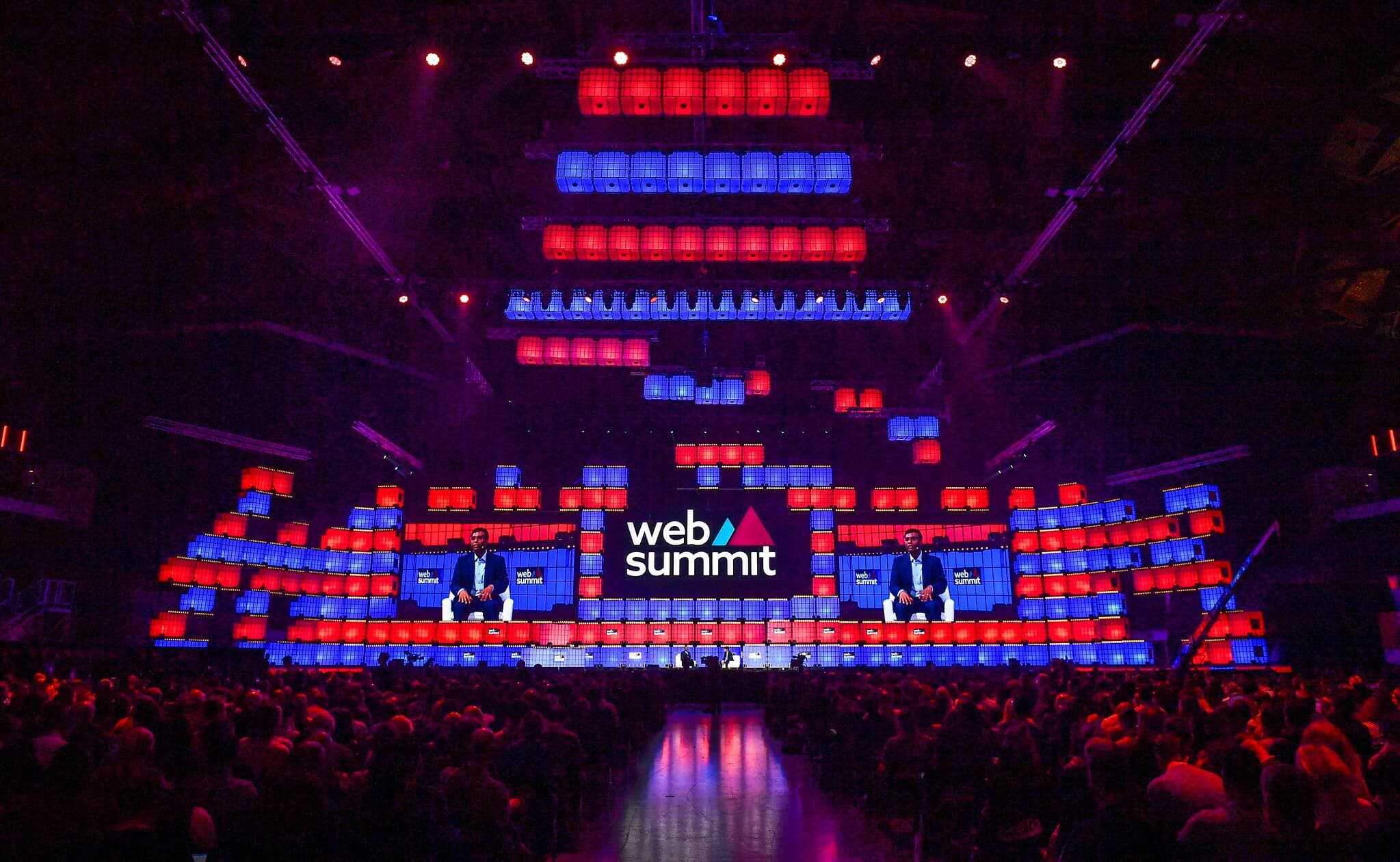 The Web Summit is one of the most influential conferences in the tech world — but it's much more than that. At Web Summit, speakers from different domains (technology, marketing, digital transformation, media, strategy, and more) come together to answer one simple question in times of uncertainty: How do we move forward?

The speakers are top executives from the biggest tech companies, renowned authors, and thought leaders who share insights with more than 71,000 delegates — including our own Lander Janssens (Insights Director) and Kristof Bossuyt (Business Development Director).

Lander Janssens is Insights Director at iO. He researches and advises iO across a range of sectors and areas of expertise.

The organisation of the future: tokenisation and data interoperability

Tokenomics: the next step for brand loyalty

Today, brand loyalty — as a concept — is under enormous pressure. For example, it’s more difficult for A-brands in FMCG to attract consumers since the unprecedented growth in e-commerce. But brand loyalty has also been under pressure in many other sectors since the pandemic.

Kristof: "One solution to this problem that was discussed in various sessions at Web Summit is tokenisation. A token is a validated certificate with a demonstrable value. It’s held on an officially decentralised ledger, or distributed ledger."

Lander: "The commercial exploitation of these tokens is still in its infancy, but we notice that there are a lot of interesting use cases to be built in different sectors in the future; in B2B, B2C, and non-profit organisations."

Tokenisation can be a new source of income for organisations, but that is not it’s primary purpose. The goal is to build stronger engagement between the brand and the user using tokens. For example, token holders can have more say in how organisations make decisions and be rewarded and recognised for their loyalty.

Lander: "A notable application of tokenisation is Socios — a platform that drives fan engagement and rewards, powered by the blockchain. That platform gives Juventus token holders, for example, the chance to influence which song is played at the stage when a goal is scored. This participation also has enormous potential outside the sports world."

In the world of recruitment and HR, too, we see countless potential applications for token economics.

Kristof: "Organisations can build their own learning and development platforms. Employees who successfully complete training are rewarded with tokens. Because these tokens have a demonstrable value, they can be converted into extra pay, greater influence in the organisation, or even more responsibility."

In conclusion: by focusing on tokenisation, you can increase your end users or customers engagement and encourage your own employees to become even more active participants in your organisation.

Data interoperability: the individual in control

"Data should be in the hands of people, not billionaires," was heard at Web Summit. The decentralisation of personal data was initiated by Google, which has already announced that it will withdraw support for third-party cookies soon.

Now we are going one step further than cookieless. The evolution towards accessible data in the hands of the individual has enormous implications for the technological landscape.

Lander: "The goal of data interoperability is to move ownership of personal data from a limited number of parties — such as banks, commercial organisations, and governments — to the individual."

Kristof: "Where we now have to give permission to use cookies on hundreds of platforms, in the future there will be one verified data vault where users can determine which organisations get access to their data. A kind of personal data control centre where you can make decisions about all your data, in other words. For example, the user can decide to share sports performance with Nike, but at the same time share their consumer behaviour with Patagonia."

It's centralisation of data for the individual, but decentralisation for the parties that currently hold the data. We think this is a great example of philosophical semantics.

Kristof: "This evolution is also made possible by technologies such as blockchain and Solid — a project led by Sir Tim Berners Lee, one of the original founders of the world wide web. This technology develops so-called Pods, where users can manage their own data. The Flemish government is already implementing Solid to compile all the data connected to your academic and professional curriculum — when you apply for a job, for example, as a citizen you can give your potential future employer access to your professional certificates and registrations, diplomas, and other relevant data at the touch of a button."

But data interoperability doesn't just have privacy applications — it can also be very valuable in the media.

Kristof: "We see a return to destinationless content. The data vault can drive a personal, centralised view of content. This is more convenient for the end user, and in theory will result in fewer users cancelling their subscriptions to certain newspapers and magazines. A win-win situation, in other words."

Lander: "Where previously data was spread over different applications within an organisation, we are now moving towards one data pool that every part of the organisation can access. This makes the underlying technical architecture a lot more efficient and structured. So we can ask ourselves whether web platforms as we know them today — as destination platforms — even have a future."

The overarching consensus of Web Summit 2022 is that there are difficult times ahead. And in such times, sales cycles typically get longer — there's more time between the buyer’s decision and the actual moment of purchase.

By responding to the two major digitisation trends — tokenisation and data interoperability — organisations can increase their brand trust and loyalty.

At iO, we help organisations shorten their sales cycle in times of recession by leveraging technology, digital transformation, and data-driven channel management. This is how we make your organisation more resilient, with a strong competitive advantage.

Why exactly was iO present at Web Summit?

Well, not only are we a trusted implementing partner, but we also play a proactive strategic role — we guide organisations in their digital transformation, so we need to know what's going on in the business world.

With 'classic' keynotes on the one hand and lively discussions on topics such as crypto, data, and privacy on the other, attendees get a balanced picture of what our future can look like.

We want to make the organisations we work with future-proof. To do this, we need to access and influence the latest insights — and that is precisely why our colleagues travelled to Lisbon.

Want to know more about our insights from Web Summit?

Our Insights Director, Lander Janssens, will be happy to tell you all about it in a personalised inspiration session.