iO and Primagaz: showing Belgium the power of propane gas

Date
14 octobre 2022
The creative omnichannel campaign from Primagaz and iO reminds Belgians in so-called off-grid homes that the present market conditions are an opportunity to make the switch to propane. 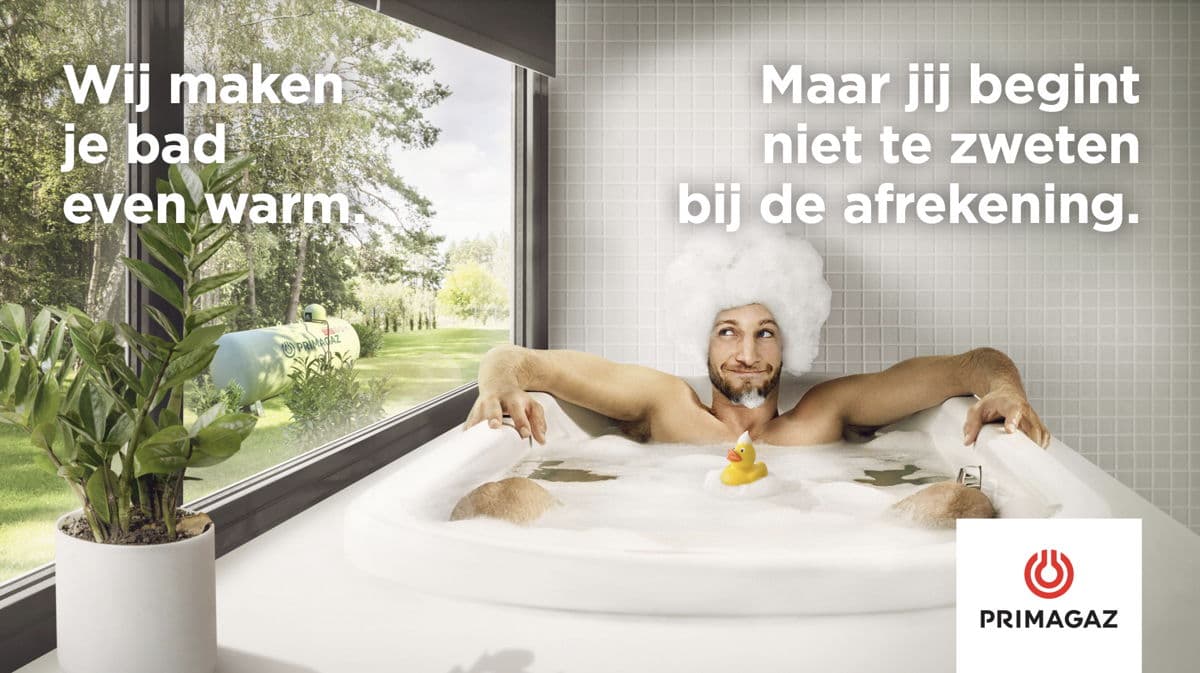 Herentals, 14 October 2022 — Propane gas specialist Primagaz, in partnership with end-to-end agency iO, launched its second major campaign of the year for the home heating market. In this campaign, the gas specialist focuses on propane as an alternative to other energy sources, which are becoming more expensive due to the ongoing energy crisis.

Propane gas is already a recognised energy source for 25% of the Belgian population. In Wallonia, a significant proportion of the population still relies on heating oil — which is more environmentally damaging than propane, and currently more expensive. When consumers are hearing that gas and energy is becoming more expensive every day, the creative omnichannel campaign from Primagaz and iO reminds Belgians in so-called off-grid homes that the present market conditions are an opportunity to make the switch to propane.

The aim of the campaign was to make it easy for consumers to consider propane gas as an alternative to their usual energy sources, such as fuel oil. With a printed propane leaflet (delivered door-to-door to potential switchers, in relevant regions), a range of radio ads, advertisements on search and social, and an online landing page, this creative omnichannel campaign is ready to show Belgians the many pros of propane.

"Working with the experts at iO is always easy. We know we can count on their wide range of expertise to make our campaigns a success."

Primagaz is a subsidiary of the Dutch business, SHV Energy — the largest LPG supplier in the world — and has been supplying energy and heat to individuals, industrial customers, and medium-sized companies for 60 years.

iO  is a growing team of experts, providing end-to-end services for communication and digital transformation. Thinking big, working locally. Based on strategy, creation and content, marketing, and technology, iO works with customers to strengthen their brand, improve digital systems, and provide future-proof growth.