Is PHP programming language the cornerstone of web development? Today PHP is the foundation of over 80% of all websites – including major platforms like Wordpress, Magento, Drupal, Wikipedia and Slack. It’s also very (obviously) open source, easy to learn, supported by an enthusiastic community and compatible with almost every type of database.

Yet PHP's existence is dependent on the hard work of volunteers that operate without fixed roles or secure financial frameworks. 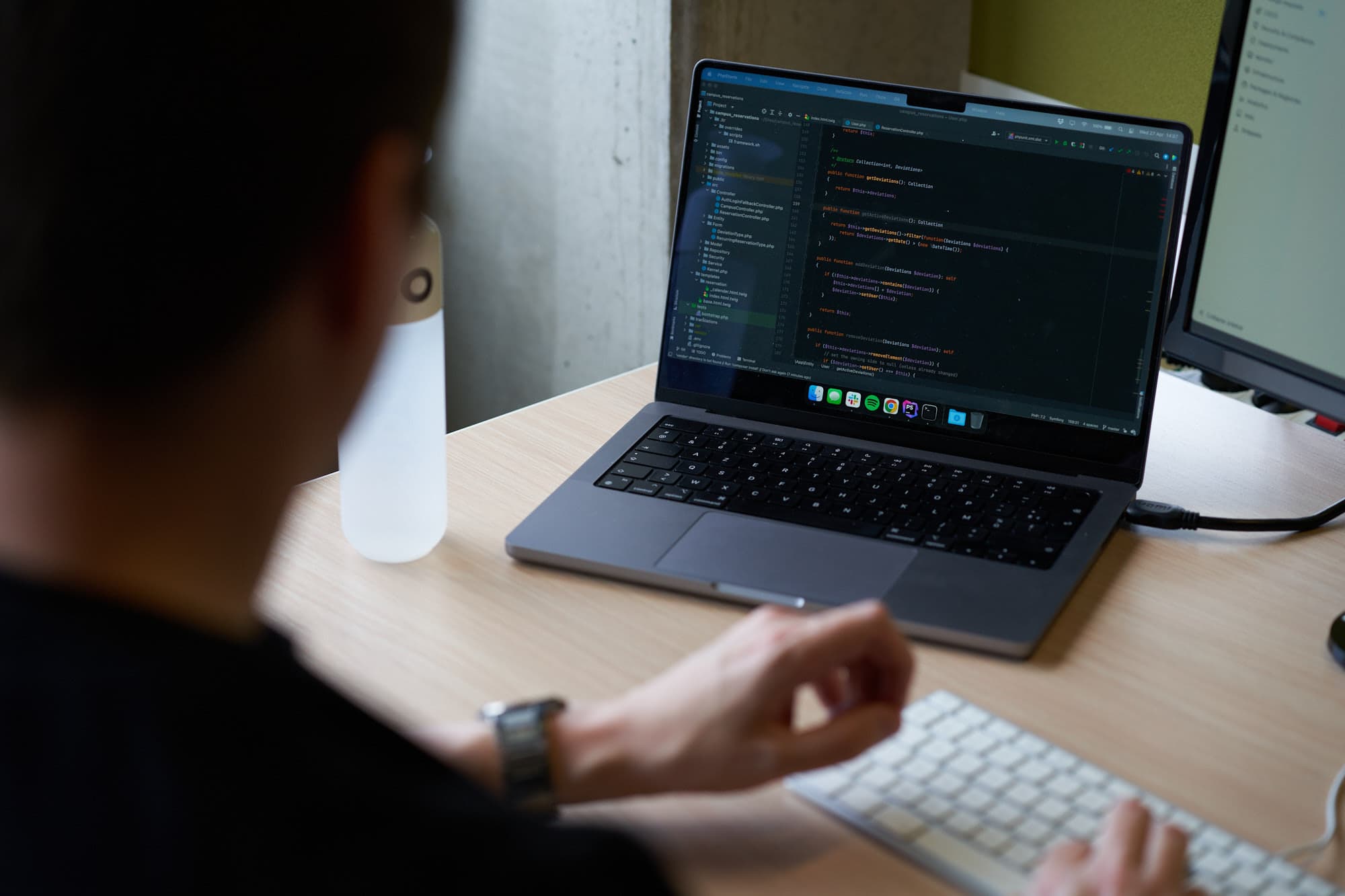 Meet the PHP Foundation: mission to guarantee longevity and prosperity.

PHP frequently pops up in iO's projects. Drupal, Wordpress, Symfony, Shopware... many projects, campaigns and collaborations owe their existence to PHP. No one can explain how important PHP is to iO, better than Tom Van Looy, SRE and PHP developer at iO Campus Herentals. For iO at least, Tom is the gateway to the PHP community.

“If you think about it, PHP already has an impressive legacy” Tom begins. “The broad development landscape appreciates PHP. As PHP developers, we often give presentations about the programming language updates and we actively participate in the further development of libraries, modules and all kinds of PHP tools. Thanks to multiple version upgrades, PHP has managed to improve considerably as a programming language in terms of performance, security and stability.”

Yet there is so much more that we can do to preserve and develop PHP as a programming language for new generations of developers. While the future growth of Java and Dotnet, among others, is underwritten by large companies, the future of PHP is almost entirely dependent upon digital goodwill.

PHP has grown as an open source programming language. Open in every sense, anyone can participate, send patches and karma . This works, but isn’t without its problems: users work on the things that are important to them, often outside of office hours. To build a stronger programming language, you need dedicated development. ”Useful contributions to PHP development – under the iO banner – means taking further steps towards increased performance, stability and security. As a language, PHP has already proven its worth. Now’s just the next step," says Tom.

That’s what we’ve had over the years from the PHP veteran and face of Jetbrains Nikita Popov when he decided to release PHP in 2021. The response was almost immediate. The PHP Foundation was created. The Foundation is a non-profit organisation that oversees core PHP development under the Open Collective. – a community-based tech platform for donations and sponsorships – which is already home to languages ​​and frameworks such as Vue.js and Open Web Docs.

The system is not new or revolutionary, but it is efficient, says Tom. “What PHP needs most, as a language, is development. As a developer you can contribute to this by committing time, or as an organisation through a financial donation, that the foundation itself will use to hire specialised developers. Our professionals, the people who have mastered PHP development, have jobs and families. Now the Foundation can recruit and pay for professionals to develop PHP.”

The foundation wants to 'offer competitive salaries' to core developers. The more cash they raise, the more full-time PHP developers they can employ. Evolution and the direction that the PHP language takes comes from the RFC process. Core specialists who actively work with PHP for a longer period of time are rewarded with a say in the PHP roadmap, precisely because they can vote for the RFCs.

Infinite opportunities to give back

At iO, we are proud sponsors of the PHP Foundation. Just like with Drupal and other tools that are essential to us, such as Xdebug and PHPStan. Our developers are given time to contribute to existing modules, libraries and components. Our professionals are available for projects like Drupal and Magento! But we also make our own functionalities and integrations, which we build ourselves in our projects, fully open source.

As a team, we also give something back to the language itself through the PHP Foundation. We're proud to support something we've already gained so much from, and are committed to helping the community to write new chapters of this success story.

Will making such a contribution to PHP also be a realistic option for developers at iO? “That's an interesting idea,” says Tom. “Can you and do you want to give something back to one of the technologies we use, like PHP? Then, as an employer, iO will give you that freedom. Why wouldn’t we? In the end we are all winners and it sends a good message to our future colleagues.”

Finally, Tom looks ahead for a moment. “PHP is sometimes undervalued, but for now it remains the language we use for most of the web. Now we can finally give something back to support improvement, consistency and streamlining – and that's great.”